We use cookies on this website. By using our website you agree to the usage of cookies. More information on how we use cookies and how you can change your browser settings:
settings Privacy Policy
Cookies are small text pieces, which are saved by our browser. Persistent cookies are available on following visits even if you close your browser in between. We use cookies to be able to connect a shopping cart to your browser session and to set your language, currency, shipping country and more based on your once chosen preference. In most browsers you find dedicated cookie settings where you can view and delete cookies.


The situation on our planet, be it from an ecological, political or religious point of view, has led me to send a "request for help" on March 21, 2016. My wish was that a complex symbol be transmitted to me that helps to initiate solution processes by harmonizing the cause of any problem. This symbol should then be used for a new product line and have a successful potential like the AURA*Shield pendant.

In order to tune myself optimally for this task, I have chosen the ATLAS-Wands. These two borosilicate wands probably represent the highest vibrating energetic product of our range of BIOTAC Line Ⓒ Tachyon products and are predestined to receive "information" from the spiritual world.

"After tuning in with the ATLAS-Wands, a pleasant drowsiness overtook me in a few minutes. When I was about to fall asleep -still my thoughts fixed on the subject- I was "woken up" by a noisy bang and at the same time the following symbol appeared in front of my closed eyes: 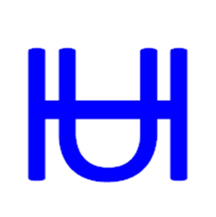 Half asleep I wrote down this symbol on a sheet of paper and then lay down to sleep … a bit disappointed. Disappointed because I hoped to be able to "channel" a symbol as complex as possible. However, this disappointment gave way the next morning in deepest humility, because I experienced on my own body, how we often do not see the forest for the trees;-)

During the implementation of this symbol, I then noticed that it reflects the two letters U and H: Ursache und Harmonisierung (Cause and Harmonization). Hmm, I thought to myself: a bit simple, the whole story. Immediately a little voice spoke up: "Sometimes simple things hold great potential ... and why don't you complete this symbol with three dots: one for the theme of body, the second for the theme of mind and the third for the theme of soul?"

This is how the NAΩS*CARD was created.

How to use the NAΩS*CARD

Take the NAΩS*CARD in your left hand and place your left thumb on the symbol. Then mentally pronounce the following sentence: "I demand that the cause of the following problem be harmonized !

Now think of the problem you would like to solve and then place a glass of water on the NAΩS*CARD.

Drink regularly from this informed water during the next few days and be surprised by the result.

> detailed information about the NAΩS*CARD

> Water crystal images of the NAΩS*CARD