The main active ingredient of Yin-Yang Bamboo Detox Patches comes from trees, which have the fascinating ability to extract nutrients from the soil and eliminate existing toxins.

The reason for the vitality and resistance of the trees is the tree vinegar (component of the tree resin). The tree vinegar is able to make liquids flow. Thus, it is possible that large trees can transport up to 4000 liters of water daily to the outermost tips of the leaves. This valuable knowledge is also used by the Far Eastern medicine in the production of the Yin-Yang Bamboo Detox Patches.

The Yin-Yang Bamboo Detox Patches act primarily through the foot reflex zones. The duration of action is several hours, whereby, among other things, through the tree vinegar -which acts like a sponge- slag substances are drained from the body. It is known that more than 60 reflex points of the body are located on the soles of the feet and are directly related to the organs. Through these points, all organs of the human body can be addressed, activated and treated; just as it happens during a foot reflexology massage (which has a purifying effect and removes blockages).

Application: convenient and easy while you sleep

The Yin-Yang Bamboo Detox Patches are particularly easy and safe to use. They are stuck on the reflex zones of the soles of the feet. The sensitive reflex zones are also called "the second heart" in Asia. Overnight, the patch soaks in waste products and fluids that the body gets rid of. The Yin-Yang Bamboo Detox Patches can also be placed on other areas of the body, such as the back, kidney, knee, stomach, neck, etc.

The Yin-Yang Bamboo Detox Patches are applied before sleep. The application time is ideally about 6-10 hours, so that the largest possible amount of waste products can be eliminated from the body. Remove the Bamboo Detox Patches in the morning (after application) and be surprised - by the color and smell of the used patch! (Each patch can be used only once!) 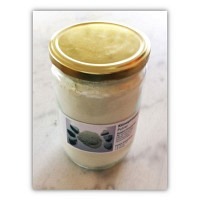