For thousands of years, the Flower of Life symbol, consisting of 19 circles, has been known as an energy symbol in many cultures around the world; there are representations in Greece as well as in Egypt, China, Japan and Tibet. In some cultures, this symbol is considered sacred. Even though many "doubtful" people are convinced that it is not a symbol that conveys protection.

It is a symbol that conveys harmony. Harmony. That's why it lends itself wonderfully if you integrate it as a decoration in a room or if you wear a Flower of Life pendant. It is probably the most perfect illustration related to sacred geometry.

The oldest representation of two Flowers of Life is estimated to be 5000 years old and is found on a pillar in the temple of Abydos (Egypt). With an estimated age of about 2000 years, the image of the Flower of Life found in a monastery in Tibet is somewhat more recent. There are also illustrations in a monastery in Crete, in Westminster Abbey as part of a 13th century mosaic, in Bulgaria, and also in Germany (parish church of Altenkirchen on Rügen).

The meaning and use of the flower of life

The harmonious geometry of the 19 interlaced circles is reminiscent of a flower. The mathematical and universal laws that can be proven in the circles, such as the Pythagorean theorem, the Kabbalah's tree of life, the squaring of the circle or the Merkaba, have led to the Flower of Life being associated with sacred geometry.

The Flower of Life can contribute to the removal of blockages and promote the unimpeded flow of our life energy. Therefore, its symbol is also very well suited for meditations and cleansing.

When, in 1996, I had read the German translation "Zurück in unsere Zukunft, vorwärts in die Vergangenheit" written by Bob Frissell (original title "Nothing In This Book Is True, But It's Exactly How Things Are") I became aware of the Flower of Life. In this book, Bob mentions that he received the information about the Flower of Life from Drunvalo.

If you are really interested in the Flower of Life, you probably have no choice but to read the books of these two authors. I wish you many interesting hours ;-) 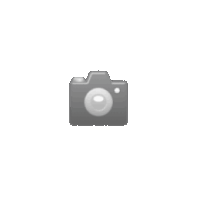